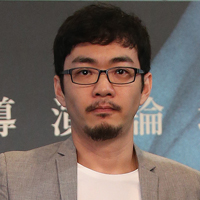 Received an MA from National Taiwan University of Arts, CHENG is a leading new-generation director of the dark-current genre who displayed his unique talent in school with crime dramas and thrillers rarely seen in Taiwan. The Tag-Along is his feature debut. He is also prepping for two mystery thriller and action features. CHENG made three award-winning shorts, including The Death of a Security Guard, which won Best Short Film at the 2015 Taipei Film Festival.