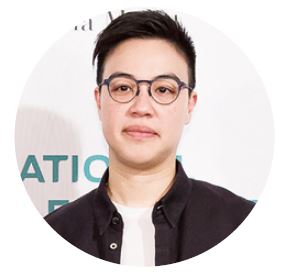 Born in 1975 in Taipei, Taiwan, HUANG Xi graduated from New York University's Tisch School of the Arts with a BFA degree. She worked with director HOU Hsiao-hsien who

encouraged her in screenwriting. She was involved in the makings of Goodbye South Goodbye, The Assassin, and House (released by Taiwan Public Television). Missing Johnny is her first feature film.