Another accolade on Do Over: selected in the International Week of Film Critics in Venice 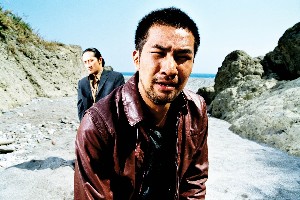 Just won the NT$1 million Grand Prize at the 2006 Taipei Film Festival, filmmaker Cheng Yu-chieh’s “Do Over” received another honor – it was selected in the 63rd Venice Film Festival’s collateral event: International Week of Film Critics. Directed by Cheng Yu-chieh, “Do Over” began to receive praises soon after its shooting completed. Within a short time, the film has received invitations and being nominated from various international film festivals: It was first selected in the competition section of Vancouver Film Festival and then Athena Film Festival in Greece and Pusan International Film Festival’s Windows to Asia section, among others. “Do Over” was funded NT$8 million by the Government Information Office’s (GIO) Subsidy For Film Production. Apart from the subsidy, it is co-produced and distributed by Leader Asia Pacific Creativity Center and Good Film Ltd. The film will be released in Taiwan in October. The plot of “Do Over” contains five interlocking sub stories. Ke Yu-lun and Chang Rong-rong play as a young loving couple while Mo Tzi-yi and Ke Chia-yen engage in an ambiguous relationship. Six other characters gradually evolve from the two couples. In the film, Chang Rong-rong and Ke Chi-yen are close friends as if they are sisters. At a scene from the movie, Chang jokingly tells Ke Yu-lun not to be too close to her best friend Ke Chia-yen, otherwise he will fall in love with her. Coincidentally, off the film scenes, in reality, Ke Yu-lun and Ke Chia-yen began their friendship and budding love also because of the film. Participating Venice Film Festival for the first time in the International Week of Film Critics, director Cheng Yu-chieh will bring an actress of the film to attend the movie feast. With previous accolades and film festival attentions, it is believed that “Do Over” will bring honors over and over again.