Good news from the Pusan International Film Festival, “My Football Summer” has been nominated! 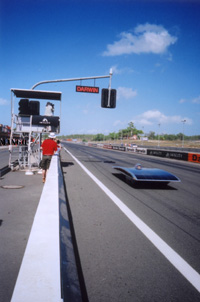 After the nomination for Director Leste Chen’s “Eternal Summer” in the New Current award in the 11th Pusan International Film Festival. Another nomination has been announced. “My Football Summer”, a documentary from Director Li-Chou Yang and Rong-Ji Chang which will soon be released in the theatres in October, has also been nominated in the “Wide Angle” program. “Wide Angle” program of the Pusan Film International Festival is specifically established for excellent documentaries, experimental, and short films; many exceptional directors were discovered from this competition; therefore, the news of a nomination for “My Football Summer” is very exciting. “My Football Summer” describes a group of sun-drenched teenage boys from Mei-Lun Junior High of Hualien County trying to achieve their dreams in the hot, bright summer. They trained on the football field by the sea, kicking with all their might as the field is their paradise; they may be young, but they have the highest ambitions and wish to be best friends with their football for all their lives. Three young people burn with passion as they face their last national competition of their junior years; what kind of miracle will destiny bring to them this summer. Besides the well-known documentary film maker, Li-Chou Yang, Director Rong-Ji Chang is the other director of “My Football Summer”. Chang is currently pursuing his master degree at the National Taiwan University. As being film festival, Chang remains. He said that he still has a lot to learn in the future when asked of his thoughts on the nomination. In the 2006 Pusan International Film Festival, Taiwan are films have a good start; that A promising future for Taiwanese films is worth waiting for.