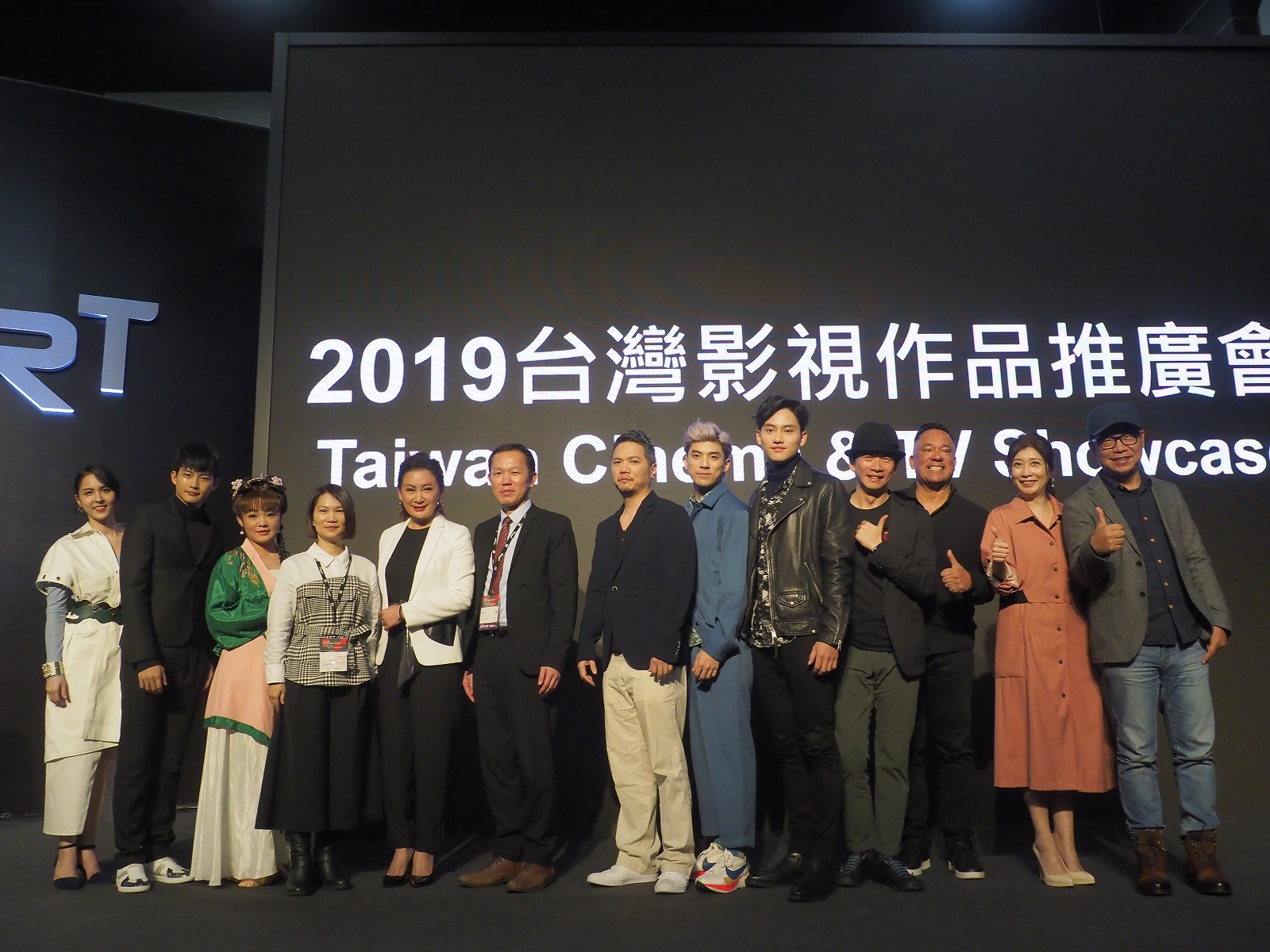 Today (18/03) is the opening of Hong Kong International Film & TV Market (FILMART). The Bureau of Audiovisual and Music Industry Department, MOC leads 65 Taiwanese TV and film professions to participate in the big event. For improving the promotion of the Taiwanese TV & Film industry overseas, the Bureau of Audiovisual and Music Industry Department, MOC held the Taiwan Cinema and TV Showcase at the opening day, gathering the film crews of 2019 contents to promote their new titles. The event was stacked with Taiwan stars and guests from all over the world. Kao Ming Tsun, Director of liaison division from Taipei Economic and Cultural Representative Office, Shirley Yang, Director of Motion Pictures Division of Bureau of Audiovisual and Music Industry Department, MOC and the important VIPs from Taiwanese TV & Film industry attended the showcase to promote Taiwanese TV and Film contents, which 400 more domestic and foreign guests joined the event.

FILMART is an important trade event for film and TV copyright in Asia, including topic forums, content showcases and interactive activities. Each year, TV and film professionals are attracted to join the big event for making success in trade matching, cross-border co-operation and technical information exchange, which makes FILMART an important event for Taiwanese contents to be expanded to the overseas market and seek the chance for international cooperation.

Today (18/03), the Taiwan Cinema and TV Showcase was stacked with big casts, the movie titles include “Bad Boy Symphony”, the first movie about Taiwanese youth detention center based on the true story, an inspiring and fervent topic. The director Charles Sun showed up with the starring JC Lin and Fandy Fan. The other movie title is a touched story about family love called “Dad’s Suit”, which will be on-the-air in Taiwanese theatres on March 22th. The starring include experienced artists Hsiao Hou Tao、Jason King and Phoebe Huang who have won Golden Bell Awards in Taiwan. The director Po-Hao Hung and the producer David Tang had attended the showcase. Moreover, the upcoming animated movie “Pigsy” which inspired by Journey to the West is the title produced by Studio2 and directed by Li-Wei Chiu. This animation has won the first prize in the ATF Animation Pitch 2017. Let's wait and see how Pigsy would be like after 200 years. For TV titles, the artists Zhang Ting-hu and Wei Man from “Brave To Love” ( adapted by Japanese manga) attended the showcase. The other worth-expecting title was the Taiwanese opera-- “The Timeless Virtues”, shoot by an innovative technique rather than traditional way. The Master of Taiwanese Opera -- Yang Li Hua returned to TV & Film industry for the title. Today in the showcase, her elite disciples—Ya-Lan Chen and the rookie Hong-Min Jiang dressed gorgeously to promote the title and made the visitors impressive.

Hong Kong – Asia Film Financial Forum (HAF) and Hong Kong International Film Festival (HKIFF) were held during the FILMART. There were a lot of Taiwanese titles and projects been invited to join the event, including “Life’s a Struggle” directed by Lin Shu Yu (selected by HAF), “LOMA - Our Home” directed by Huang Hui Chen (selected as On-Going Documentary), and “Hello! Tapir” (selected as On-Going Drama). During the three days of HAF, the investors and producers had meeting and interactions. Five titles had been selected in HKIFF (3/18-4/1), such as ”Your Face” directed by Tsai Ming-Liang, the digital restoration film, short animation “Where am I Going?” and other more.

Taiwan's first real person, adaptation of the juvenile prison movie, bloody and inspiring brotherhood. In the Juvenile Prison, a young prisoner who had failed several escapes, Lei Yu-Wei and his group of prison brothers, joined the classical music group enrolled by the prison for the opportunity of early release on parole. These young and energetic teenagers fight and make troubles don't even know the staves at the beginning, but they have overcome all difficulties to reach the finals.