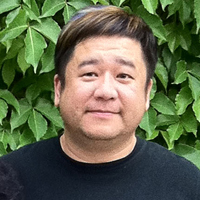 A graduate of Shih Hsin University's Department of Radio, Television & Film, Chu is a locally trained director. The creation process of the Taichung native brings fresh experiences that captivate audiences with each breathe, and he devotes himself to discovering new possibilities from the current market to present different styles of films.

In recent years, Chu's works have become more refined and exquisite. Having made several films that are heart-warming and popular, Chu's film-making capabilities and his understanding of the market have advanced considerably since.

Yu-Ning Chu has executive produced well-known films produced in recent years, such as Your Name Engraved Herein, The Silent Forest, The Falls, and GAGA.