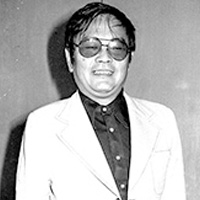 King Hu was born in Hebei, China in 1932. In 1950, he went to Hong Kong to pursue a career, and had created film posters, backdrops and advertisements. Later he was introduced to Shaw Brothers Pictures International Limited by Li Han-hsiang to work as an actor as well as screenwriter and assistant director. In 1963, he directed parts of the film "The Love Eterne" by Li Han-hsiang. In 1966, he established his style with "Come Drink With Me," which has made a long-lasting impact on the Chinese martial arts films.

In 1967, he left Shaw Brothers Pictures International Limited to establish a film company in Taiwan. "Dragon Inn," the film he directed the same year, hit the box offices in Taiwan, Hong Kong and Southeast Asia, creating a sensation of Taiwanese martial arts films. Later, his 1971 feature "A Touch of Zen" won the Prix Vulcain at the 28th Cannes International Film Festival, making him an internationally renowned director.

Hu never ceased creation throughout his life. He was honored the Lifetime Achievement Award by Hong Kong Film Directors' Guild in 1992. In January, 1991, he died of heart complications following heart surgery.