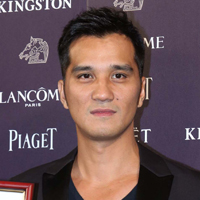 Ma Chih-hsing (馬志翔), whose aboriginal name is Umin Boya, made his acting debute with a TV drama in 2000. Since then he had gradually gained attention after participating in several TV dramas and films with his acting skill. Later Ma started writing scripts and directing for drama series, which was nominated and won the Golden Bell Awards. After playing a role in the film "Seediq Bale (賽德克巴萊)" by Wei Te-sheng (魏德聖), he collaborated with Wei to make the film "KANO," which opened to positive reviews and good box office, and became of the most popular Taiwanese films in 2014.