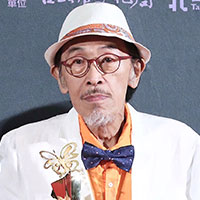 Xiao Hu Dou’s real name is OuTsang-hsi. Born in 1947 in Tainan, he is a veteran Taiwanese actor who started acting in 1965, now with more than 50 years of experience. In the early days of his career, he acted in numerous movies in the Taiwanese dialect, primarily as a comedian or avillain.