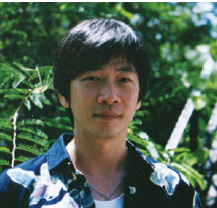 Li-wei CHIU, graduated from Tainan National University of the Arts and PH.D of Beijing Film Academy. In 2003, was a senior researcher in Hollywood and invited to speak in the FMX, the pageant of Europe digital animation in Germany in 2011.His animated works have won numerous awards, including 2011 CICAF/ Golden Monkey King Award, 2012 SICAF/Special Jury Award, 2010 & 2012 &2015 Golden Bell Awards / Best Animation Program, and the films have been included in competitions at animation festivals in Poland, Spain,