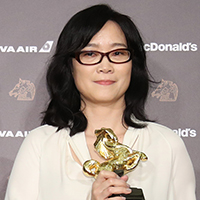 Born in 1968, Summer Lei received her master degree from the Department of Communication & Technology at the National Chiao Tung University. Specializing in songwriting and film scoring, she has released three albums, including "I am Lei Kwang-hsia," "Secret Words of Time" and "Sounds Not to Forget." She has won several Golden Melody Awards for her poetic music.

She also composed film scores for "Father to Son," "Exit" and "Goodbye South, Goodbye." "Taipei Exchanges," the film she collaborated with director Hsiao Ya-chuan, has won the Best Original Song at the Golden Horse Awards. She continues to be active in the music industry in recent years.