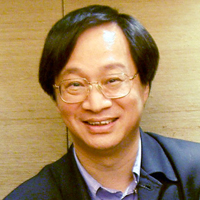 Hsiao Yeh, whose birth name is Li Yuan, was born in Taipei City in 1951. He received a bachelor degree from the Department of Biology at the National Taiwan Normal University, and went on to study molecular biology in the U.S., where he later worked as a teacher for a couple of years. During his academic years, his literary works had sold numerous copies in Taiwan and overseas. He also won many literary prizes including the first prize of the 2nd United Daily News Literary Awards.

In 1981, Hsiao worked as the team leader of production planning department of the Central Pictures Corporation. The next year in March, he collaborated with four young directors to produced "In Our Times," a low-budget film with small casts. This film, however, was open to positive reviews and became one of the iconic films of the Taiwanese New Wave Cinema, which influenced the making of many important Taiwanese films including "Growing Up," "The Sandwich Man" and "That Day, on the Beach." These films also brought Taiwan cinema to the international stage after winning numerous awards at the international film festivals.

Hsiao has also wrote screenplays for over thirty films, including "Terrorizers," "Run Away," "Reunion" and "The Story of a Gangster," and received several awards at the Golden Horse Film Festival as well as the Asia Pacific Film Festival.