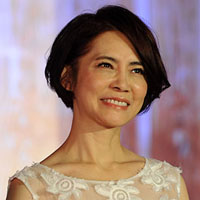 Born in 1962, Angie Chai graduated from the Chinese Culture University with a degree in Theatre Arts. She is the driving force behind Taiwan's audiovisual industry. Chai has produced numerous variety shows and romantic TV shows such as "Meteor Garden" and "Super Sunday."

In 2011, Chai tried her hand in film for the first time, serving as the executive producer for "You're the Apple of My Eye," which became a box office hit in Asia. Following the film, she also oversaw the production of the most-discussed films including "Tiny Times," "Café · Waiting · Love," and "The Tenants Downstairs."