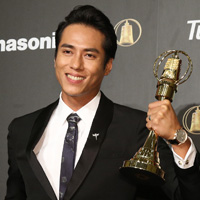 Born in 1981, Kaiser Chuang is a graduate of the Department of Theatre Arts of the Taipei National University of the Arts. He has rich experience in stage play. He was discovered by director Cheng Wen-tang at the age of 20 and has since entered the film and television industry. Chuang has actively tried different roles and genres, and has participated in dozens of films and TV dramas. He also worked with a director from Barcelona to broaden his horizons. In 2015, Chuang's acting skill was recognized by winning his first Golden Bell Award. In the following year, he won the Best Supporting Actor at the Taipei Film Festival for "Maverick." He had also been nominated twice by the Golden Horse Awards.

Documentary
2006 "MSGAMIL:Once Upon a Time"