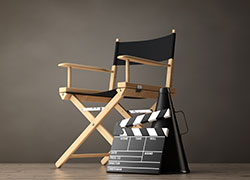 Graduated from the Film, Video, New Media and Animation Department (FVNMA) of the School of the Art Institute of Chicago (SAIC), Hsu Ya-Ting completed her first documentary short film Life with Happiness in 2006 and began her filmmaking career. Her works include Depending on the Sea, Nowhere Island,Mind Dance, and Rode Movie No.1;some of them were selected into Golden Harvest Awards and Women Make Waves Film Festival, Taiwan.