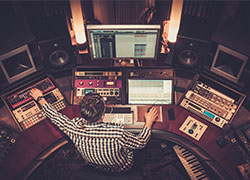 Yi-Chun Tsai specializes in film scoring and her works include commercials, TV shows, animations, films and documentaries.Starting her film scoring career in 2008, she was selected into Berlinale Talents (previously Berlinale Talent Campus) in 2010 as the first Taiwanese film scorer selected in this program. In 2019, she won Best Music/Score Award of Hollywood International Independent Documentary Awards with A Bittersweet Dilemma. Her well-known works include short films, such as Man, Monkey, Mannequin, Brotherhood and Ganju, and feature films, such as A-Tsuí & Kok-Siông and The Moment.