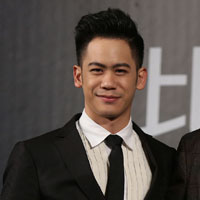 Born in the United States in 1990, Mason Lee received bachelor's degree in drama and theater from New York University. He is the second son of internationally acclaimed director Ang Lee. He once appeared in Ang Lee's "The Wedding Banquet" at the age of two. During his academic years, Lee had his first movie role in the feature film "The Hangover Part II." After finishing university, Lee went on to develop his acting career in the Chinese film industry. His acting skill has been recognized by a couple of Golden Horse Awards and Golden Bell Awards nominations.