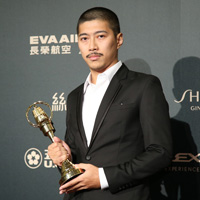 Chen Ko-chin is a cinematographer who started his career with shooting documentaries. Later he started filming music videos, TV commercials, TV productions, and films. He has shot several films, including "The Bold, The Corrupt, and the Beautiful" and "The Tag-Along," as well as TV drama "Wake Up," and "The Teenage Psychic." In 2017, he won the Golden Bell Award for best cinematography for "The Long Goodbye." He was also nominated for Best Cinematography for "Shuttle Life" at the Golden Horse Awards the same year.