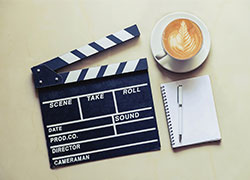 Graduated from Department of Radio and Television of National Chengchi University, Han-Jie Wu specializes in script writing. He wrote screenplays for the film Back to the Good Times, and TV series, such as Close Your Eyes Before It's Dark, Tree in the River and A Boy Named Flora A. In 2018, He was nominated for Best Writing for a Television Series of Golden Bell Awards with A Boy Named Flora A.