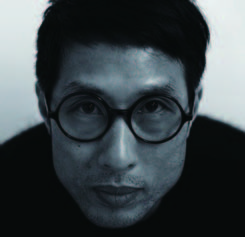 Acting, NY, USA to study visual arts and theatres.Hwang has directed over 200 commercials

over many years in the field of advertising. Through the power of visuals, he presents

Xiao Mei is Hwang’s first feature film that shows his talent in writing and directing. Beauty

and sorrow intertwine in its mysterious visuals. The film exerts subtle influence on those

in need of change, exuding a solemn, stirring strength of life.