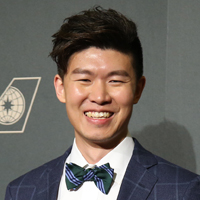 Chen Ho-yu holds a bachelor's degree in drama and theater from the National Taiwan University and a master's degree in filmmaking from the National Taiwan University of Arts. In 2013, his short film "The Busy Young Psychic" received multiple nominations from domestic and international film festivals, which then draw the attention of HBO Asia, prompting its collaborative production of the TV series titled "The Teenage Psychic" with the Public Television Service and IFA Media. "The Teenage Psychic" became the most-viewed TV show of the Public Television Service as well as HBO's first show in Chinese language. In 2017, he was nominated for Best Directing of Television Shows/Miniseries, Best Original Screenplay and Best Miniseries at the Golden Bell Awards and won Best Miniseries for that show.