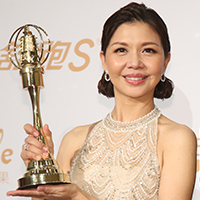 Sara Yu made her debut with the stage name Hsiu-Chin and teamed up with Chin-Wen to form a female duet, Walkie Talkie. They released six albums and were nominated for Best Vocal Group of Golden Melody Awards and Golden Bell Awards. Later, Yu became an all-round artist for her outstanding performance in hosting, acting and book publishing. In recent years, she changed her name back to Sara Yu. She participated in many TV series and movies and was nominated for three golds (Golden Horse Awards, Golden Melody Awards and Golden Bell Awards).