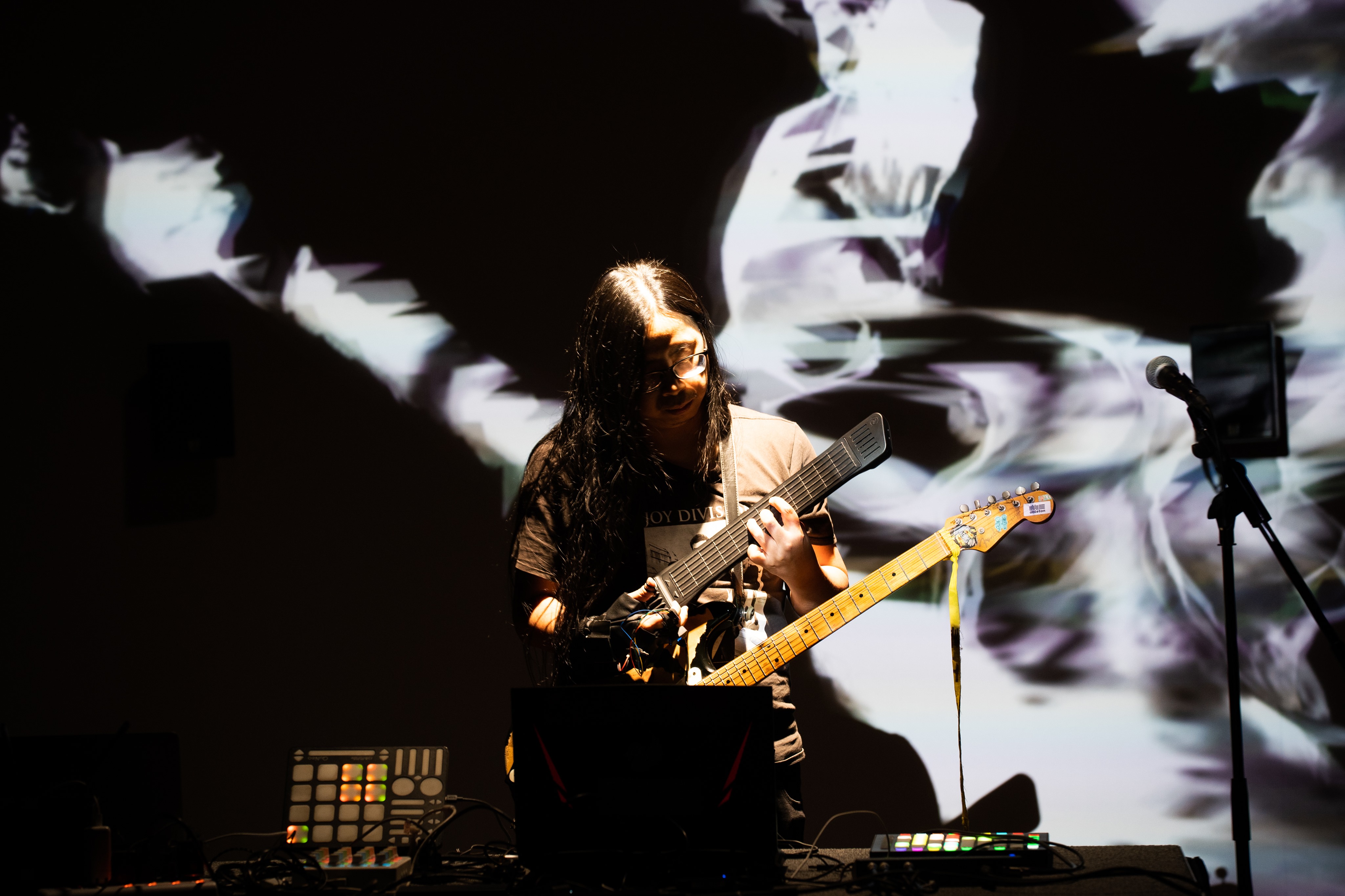 Ko-chun Cheng (Sonic Deadhorse) is an indie musician capable of programming and operating synthesizers. He added new electronic music elements to his performances and created a varied style. Moreover, he can compute projections immediately at live performances. With his ample capabilities of improvising fantasy sound effects, he can take part in live performances or album productions on his own, making him one the most multitasking musician in Taiwan. He has won many Golden Indie Music Awards and participated in film scoring.