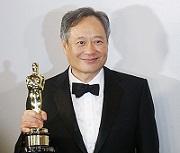 Ang LEE was born in 1954 in Taipei. He was admitted to the Department of Drama and Motion Picture at National Academay of Art in 1963. In 1974 Ang LEE was selected the Best Actor among all college and university theater performers in Taiwan. He went to the U.S. to study theater art in the University of Illinois at Urbana-Champaign and received a Bachelor of Fine Arts Degree in theater in 1980. Then he was admitted to the Graduate Program in Film and Television in New York University and earned his Masters Degree in Fine Arts in 1985. His thesis film “Fine Line” not only won him the Best Film and Best Director Awards at NYU’s Student Film Festival, but also a contract from William Morris, the famous agency. Ang was persuaded he has a bright future ahead of him in Hollywood. The next six, seven years proved to be a long wait before Ang LEE got a chance to make a feature film for Central Motion Picture Corporation (CMPC) in Taiwan. LEE’s debut feature “Pushing Hands” was both critically and commercially successful. Ang LEE continued to make two more successful films, “Wedding Banquet” and “Eat Drink Man Woman” with CMPC before he moved back to the States to pursue his career in Hollywood. Since 1995 Ang LEE tried his hands on many different genres of film, some were very successful, some not so successful. “Sense and Sensibility” won him the Best Film Award at the 46th Berlin International Film Festival and at the 53rd Golden Globe Awards, among numerous awards LEE had received for the film. In 2000 LEE made “Crouching Tiger, Hidden Dragon,” a film that revived the Chinese martial art film genre and won great success both in box office and in professional circles around the world. It was awarded the Best Foreign Picture at the 53rd Academy Awards and the Golden Globe Awards. Ang LEE was also awarded Outstanding Achievement Award by the Director’s Guild, and the Outstanding Director Award by American Film Institute. Two years later, Ang LEE meet another challenge by remaking the popular comic book and TV serial “The Incredible Hulk.” The success of “Hulk” paved the way for Ang LEE to direct a big budget Hollywood movie. However, it was said that Ang had turned down an offer todirect “Terminator 3.” He is currently preparing to work on a small budget film “Brokeback Mountain.”