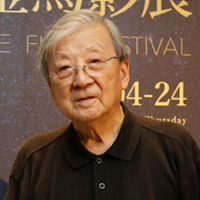 Born in Shanghai, China in 1930, Lee Hsing is a senior Taiwanese film director. After migrating to Taiwan with his family in 1948, he attended the National Taiwan Normal University, where he was active in the drama society. Since 1950, Lee has starred in over 10 Taiwanese language films as well as in theatrical productions.

In 1958, he directed his first Taiwanese-language film titled "Brother Wang and Brother Liu Tour Taiwan," which began the age of Taiwanese-language films. He later directed several realism films, including "Oyster Girl" and "Beautiful Duckling," as well as "Four Loves" and "The Heart with a Million Knots" that are adapted from Chiung Yao's romance novels. All of them received positive reviews.

In 1972, he swept five Golden Horse Awards for "The Autumn Execution." Later in 1978, he directed three films, including "He Never Gives Up," "The Story of a Small Town" and "Good Morning, Taipei," making a new record in Taiwan cinema history by winning Golden Horse Award for best feature for three consecutive years.

In the late 1980s, Lee tried his hand in organizing film festivals, and served as the chairman of the Taipei Golden Horse Film Festival Executive Committee. In 1995, he received the Golden Horse Award for lifetime achievement in 1995. Since then, Lee has devoted himself to cultural exchange between Taiwan and China film industry.

As Director:
1958 Brother Wang and Brother Liu on the Roads in Taiwan
1961 Brother Liu and Brother Wang Have a Good New Year
Empress Wu
Good Neighbors
1962 The Royal Society
The Liar Ah Chi
The Five Difficult Traps
The Lair Ah Chi, part Ⅱ
1963 Our Neighbors
1964 Oyster Girl
Beautiful Duckling
1965 Four Loves
My Silent Wife
The Mount of Virtue
1966 Fire Bulls
Sun Rise, Sun Set
1967 The Road
1968 Jade Goddess
Melody of Love
1969 Stardust
Four Moods
1970 Life with Mother
Love Styles XYZ
1972 The Autumn Execution
Love is An Elusive
The Three Tales
1973 The Young Ones
Heart With A Million Knots
The Marriage
1974 Rhythm of the Wave
Where the Seagull Flies
1975 Land Of The Undaunted
1976 Painted Waves of Love
Posterity And Perplexity
1977 Love Rings a Ball
Melody from Heaven
1978 He Never Gives Up
1979 Good morning Taipei
Story of a Small Town
1980 My Native Land
1981 The Land of the Brave
Once Again with Love
1983 The Wheel of Life
1984 Finding the Way
1986 The Heroic Pioneers