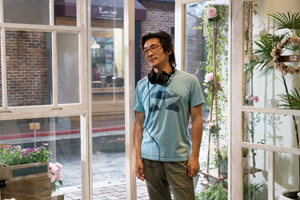 Wei Te-sheng was born in 1969 in Tainan. He had participated in producing numerous films and TV dramas between 1993 and 2002, such as "Mahjong'' by Edward Yang, "Double Vision" by Chen Kuo-fu, and "The Breath" by Hayashi Kaizo. At that time, he also started writing screenplays and directing short films, with "About July" winning the Special Mention from the Alcan Dragons And Tigers Award For Young Cinema at the Vancouver International Film Festival in 1999. "Seediq Bale," his screenplay finished in 2000, won the Excellent Screenplay Award by the Government Information Office of Executive Yuan. To make "Seedig Bale" into a film, he established ARS Film Productions Co., Ltd in 2004. In 2008, he released the film "Cape No.7," which hit NT$ 530 million at the box-office. The film not only infused energy to the sluggish box office of Taiwanese films but made enough profit for shooting "Seediq Bale." The film was released in 2011 and broke Taiwan box office record at more than NT$ 800 million. Wei has also won Best Feature Film and Audience Choice Award at the 48th Golden Horse Awards for "Seediq Bale." Later he released "KANO'' and "52Hz, I love you." Meanwhile, he is planning to establish a Taiwan history theme park -- Formosa Wonderland, and working on making a "Taiwan Trilogy" based on the historical period of Dutch colonial rule in Taiwan.