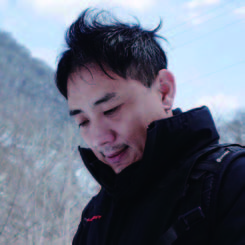 Born in 1967 in Taiwan, HSIAO Ya-chuan graduated from the Fine Art Department of the National Institute of Arts. His first feature-length film, Mirror Image (2000), was selected in the Director’s Fortnight at the Cannes in 2001 and won numerous awards, such as Best First Feature at Torino Film Festival, and Best Film and Best New Director at Taipei Film Festival. His second feature, Taipei Exchanges (2010), gained positive feedback from the audience and critical response, and also won Audience’s Choice Award and Best Music at Taipei Film Festival and other awards. His short film which is included in 10+10 (2012) with other Taiwanese directors was selected in Panorama section at the Berlin International Film Festival.