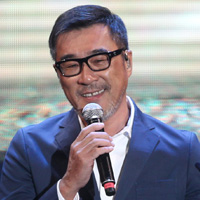 Born in 1958, Jonathan Lee is a senior music artist. He has been working in the music industry for decades since the 1980s. Dubbed the "Godfather of Chinese Pop Music," Lee has wrote numerous iconic songs and produced best-selling albums. Some of his most celebrated songs include "Hills," "Dream to Awakening," and "I Were a Little Bird." He also produced theme songs for several films including "Ah Fei" by Hou Hsiao-hsien and "Farewell My Concubine" by Chen Kaige.

In addition, he also acted in films and TV dramas. As one of the most influential public figures in Taiwan, he has been nominated for Best Original Song at the Golden Horse Awards.