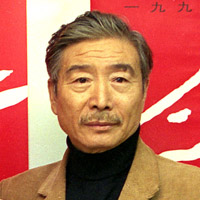 Born in 1930, Lung Sihung emerged as an actor in 1970 after playing several roles in TV dramas produced by China Television Company. His outstanding performance in the film "The Venturer" by Chang Pei-cheng in 1976 earned him the Best Supporting Actor at the 13th Golden Horse Film Festival. In 1991, he collaborated with director Ang Lee for the first time with film "Pushing Hands," with which he won the Golden Horse Award for best leading actor. Later he vividly portrayed a traditional Chinese father in Lee's "The Wedding Banquet" and "Eat Drink Man Woman," which were both highly acclaimed and well-received at box office. In 2002, Lung passed away in Taipei at the age 72. He was honored the Golden Horse Award for lifetime achievement posthumously the same year.