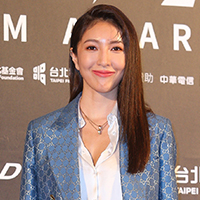 Born in 1977, Cheryl Yang is a Taiwanese actress. She began her performing career by acting in commercials at the age of 14. She became high-profile for her leading role in Andy Lau’s music video, Frozen Rain(1997). In 2009, she and Ethan Juan co-starred the idol drama, Queen of No Marriage, leading to her great popularity. She was nominated Best Actress of Golden Bell Awards three times with TV series Queen of No Marriage, The Queen and A Touch of Green.