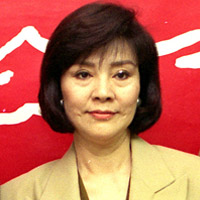 Born in 1941, Gua Ah-leh graduated from the National Taiwan University of Arts with a degree in performing arts in 1964. After graduation, she auditioned for a movie role in "Fire and Rain" and won the leading role, for which she won the Best Leading Actress at the 4th Golden Horse Film Festival in 1966. In her career spanning 40 years, she had won four Golden Horse Awards. Her representative works include "Home Sweet Home," "The Wedding Banquet" and "Eat Drink Man Woman." In addition, she has also worked behind the scenes and engaged in stage plays. Her transformative acting is highly acclaimed.