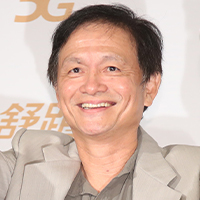 Born in 1961, Lin Chih-ju entered the film industry in 1984 and has worked with several senior filmmakers including Wan Jen, Liao Ching-song, Ting Shan-shi and Ko I-chen. Lin is best known for his bizarre style and exploration of human mind. His directorial works earned him multiple Golden Bell Awards.

He also won the Golden Peacock Award at the International Film Festival of India for "The Wall." He tried his hand in acting for the first time with "No Puedo Vivir Sin Ti" in 2009 and won the Best Supporting Actor at the Taipei Film Festival for that film.