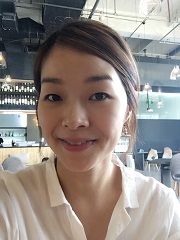 Wang Li-wen, obtained her master's degree in scriptwriting from the Taipei National University of the Arts, had worked as a TV program planner and tourism writer before becoming a professional scriptwriter. Wang has accumulated rich experience in writing screenplay. She had been nominated by the Golden Bell Awards for best scriptwriter several times. In 2011, Wang was nominated for the Best Original Screenplay for film "Jump Ashin!" at the 48th Golden Horse Film Festival. "Jump Ashin!," along with "Powerful Pikachu" and "High Flash," won the Excellent Screenplay Award by the Ministry of Culture.