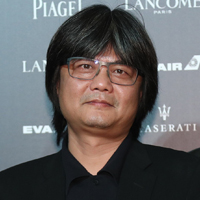 Yao Hung-i (姚宏易), who graduated from the Department of Product Craft Design of Fu-HsinTrade and Arts School, was given an opportunity to join the film crew of director Hou Hsiao-hsien's "Good Men, Good Women (好男好女)" in 1994 due to his habit in photography. Beginning from an assistant job, Yao successively participated in many of Hou's filmmaking. Being encouraged by Hou, he started writing script and made his first film titled "Reflections (愛莉絲的鏡子)" in 2006.

Yao has been mentored by Hou for more than a decade. In 2011, he made the documentary "Hometown Boy (金城小子)" and won the 48th Golden Horse Award for best documentary that year.