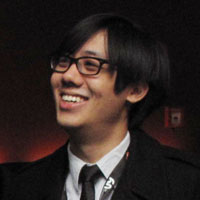 Arvin Chen, born in Boston 1978, is an American-born Taiwanese director. Before finishing studying at the Department of Architecture at University of California-Berkeley, he used to serve as an assistant to director Edward Yang, who encouraged Chen to return to Taiwan to participate in the filming of "Yi Yi." Chen later returned to the U.S. to study film at the University of Southern California. His graduation project "MEI" won the Silver Bear for Best Short Film at Berlinale in 2007, earning him an opportunity to serve as the executive producer for German director Wim Wenders' first feature film "Au Revoir Taipei," which later won the NETPAC Award at Berlinale in 2010.