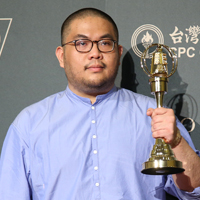 Lee Chun-hong was born in 1982 and received a master's degree from the Department of Radio, Television and Film at Shih Hsin University. During his academic year, his short films "Cocktail" and "Nochoice" won the Golden Harvest Awards for excellent award and best feature respectively. Later, he started working as a film editor, and has won the Golden Bell Awards for best editing for "The Cat in the Closet" and "The Last Verse" for two consecutive years since 2016. His editing talent has been highly acclaimed.