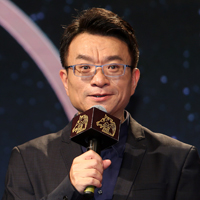 Born in 1969, Wen Tien-hsiang is a senior film critic. He has started publishing film reviews as a columnist for several magazines and newspapers in Taiwan since high school. Wen used to serve as the curator of the Taipei Film Festival from 2002 to 2006. Then he worked as a film lecturer, judge of domestic and international film festivals, president of the Taipei Film Association, chairman of the Chinese Taipei Film Archive, and CEO of the Taipei Golden Horse Film Festival. He is also the author of "A Treasure Map for Movie Fans" and "The First Course of Moviegoers."