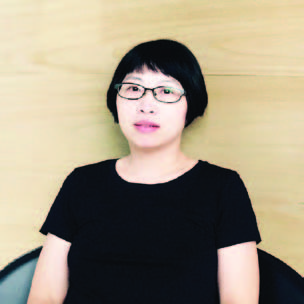 Born in Taiwan in 1978, at the age of six she began supporting her mother in her work as a Taoist priestess in funeral processions. She had to leave school in the third grade to help her single parent make ends meet and learnt to read and write from comic books and television. At 20 she became a political activist and worked with labour organisations and unions as well as beginning to make documentary films. Her short films, which focus on the plight of domestic and migrant workers in Taiwan, have screened at numerous international festivals.