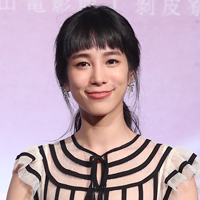 Born in 1992, Wen Chen-ling was discovered by talent scout and started starring in some TV commercials when she was a junior high school student. At the age of 16, she had her first role in a feature film and officially began her lifelong career as an actress. Wen has played numerous roles in films and TV dramas, and her acting skill had been recognized by several awards. In 2017, she and actor Wu Kang-Ren served as the film ambassador of the 19th Taipei Film Festival, and won the Golden Bell Awards for best actress of the mini series/TV & movie for "The Last Verse," making the youngest winner of that award at the age of 24.