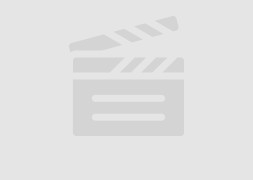 Digimax was established in March 1990 and has since become the leader in Taiwan\'s emerging digital content industry.

In the early stage, Digimax provided mainly post-production services for the advertising industry. In 1993, Digimax began its fast expansion in the fields of digital visual effects and 3D CGI. Digimax invested in the most complete, substantial, and technologically advanced collection of software and hardware in this field, thus making it the most outstanding digital production center of audio and visual contents in Taiwan.

In 1999, Digimax became the first company to enter into the field of 3D CGI and visual effects production for feature films. In 2000, the first film THE LEGEND OF THE SACRED STONE(聖石傳說) premiered. It featured the traditional Chinese puppet show with innovative ideas and visual effects. It was the first movie made in Taiwan with such digital visual effects, and became one of the best selling Asian/home made movies in Taiwan of all times, its box office record that year is second to only the CROUCHING TIGER, HIDDEN DRAGON(臥虎藏龍).