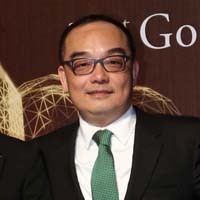 Born in 1959, Yee Chin-yen graduated from the National Chengchi University with a degree in Foreign Languages & Literature, and later went to the U.S. to pursue a master's degree in Film and TV Production at the University of California, Los Angeles. After returning to Taiwan, Yee worked in the production planning department of the Central Motion Picture Corporation. He also taught screenwriting at universities and directed TV dramas and TV commercials.

In 2002, his feature film "Blue Gate Crossing" was a box office hit, and had been nominated for several awards at international film festivals. In 2014, he won the Best Original Screenplay at the 51th Golden Horse Awards for "Meeting Dr.Sun."