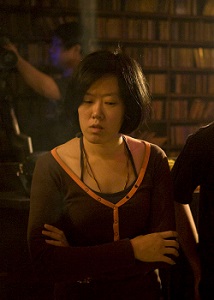 Singing Chen is a film director for documentaries and feature films, involving her long-term observation on the current society, as well as profound portrayals of characters and life situations. She excels at using magic realism to highlight the absurdity of the actual society in order to state larger structural problems. She generally treats themes related to humanities, art, and culture with a smooth and lively style, often showing refined emotional elaboration and a rare sense of humor in a rigorous framework.