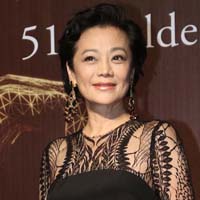 With an outstanding career spanning more than 30 years, Sylvia Chang is a leading actress, scriptwriter, director, producer, and singer across Asia. Renowned for her beauty, talent, maturity, and insightfulness, she writes and directs films that skillfully depict the delicate and profound sides of women. Time Asia praised her as a veteran actress who keeps ascending and is just about to reach her prime, a true artist from the East, and a perpetual sunrise.