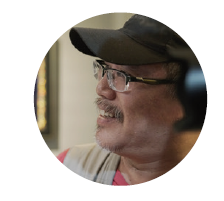 CHEN Hwai-en belongs to the group of directors from the first wave of new Taiwanese movies. For more than 20 years, he has been working with several famous Taiwanese directors, such as Edward YANG and HOU Hsiao-hsien. He is a talented director in many ways, producing more than a hundred films. In the 2007 film Island Etude, he was responsible for screenplay, directing, and cinematography. The movie became a blockbuster and led to the phenomenon of cycling in Taiwan.