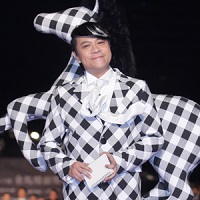 Born in 1962 and holds a master's degree from the University of California, Los Angeles, Kevin Tsai is a director, screenwriter, author, and TV host. He is most celebrated for "Kangsi Coming," a TV show he hosted for 12 years and for which has earned the Golden Bell Award for best variety show host in 2005. Furthermore, he has been invited to host the Golden Horse Awards ceremony several times. In 2013, he also served as the finale judge and became the first one who served both the judge and the host at the Golden Horse Awards. In 2017, he released his first directorial work "Didi's Dreams," which hit over NT$10 million at the box-office.