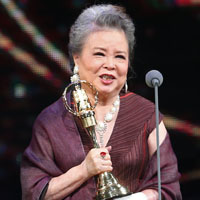 Mei Fang is a Hakka descent born in 1936 in Nantou County. She has worked as a broadcaster and radio drama actor since 1954. In 1963, she was signed by Taiwan Television after playing a role in a short drama. She mostly played roles in Taiwanese-languages dramas and soap dramas. In 1980, she became an actress who can speak Chinese, Taiwanese and the Hakka language after learning the dialect for her role in "Star Knows My Heart" in 1980.

She mostly portrayed Taiwanese mother and grandmother characters in TV dramas, films, and radio dramas. In 2008, she won the Best Supporting Actress at the Golden Horse Film Festival for "Orz Boyz !" In 2016, she received the Golden Bell Awards for special contribution.