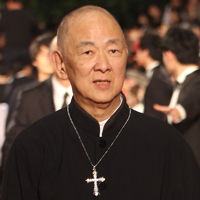 Jimmy Wong is a top Taiwanese martial arts actor born in 1944. He was admitted to Shaw Brothers (HK) Ltd. as an actor in 1963 and had his film debut with "Tiger Boy." Since then, he has partnered with director Chang Cheh to make numerous martial art films, making him the principal martial arts actor during the golden age of Chinese martial arts films in the 1960s. In 1969, he also directed and played in film "The Chinese Boxer."

Having been dedicating to martial art films for decades, he had been nominated three times at the Golden Horse Awards for "Soul," "Wu Xia" and "Sibling Love." In 2011, he co-founded the Taipei Martial Arts Instructor and Professional Union with Ko Chun-hsiung to pass down martial arts. In 2014, he received the Lifetime Achievement Award at the New York Asian Film Festival.

He died of respiratory failure in April 2022.