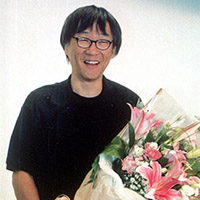 Born in Shanghai in 1947, Edward YANG moved to Taipei with his family in 1949. He was good at drawing cartoons when he was a teenager. He was graduated from the Electrical Engineering and Control Department of National Chiao Tung University(國立交通大學) in 1967. He moved to the U.S. to study computer design at Florida State University. After receiving a master degree in computer and information science, he found a job as computer engineer before his interest led him to study filmmaking at the University of South California. After spending one semester in the film school, YANG dropped out and worked as a microcomputer and system designer at a research institute in Seattle for seven years. He returned to Taiwan in 1981, and began his film career by writing a script for an independent film “The Winter of 1905,” (一九O五年的冬天) which was an official selection in the “Un Certain Regard” section of the 1982 Cannes International Film Festival. In the same year he wrote and directed a two-part made for TV drama “Fuping” or “Floating Weeds,”(浮萍) which was part of the “Eleven Women”(十一個女人) TV serial produced by Sylvia Chang(張艾嘉) for Taiwan Television. In 1982 YANG was invited by Central Motion Picture Corporation (CMPC中央電影公司) to direct an omnibus film “In Our Time” (光陰的故事) with three other young filmmakers. “In Our Time” marked the beginning of “New Taiwanese Cinema.” The success of this film in the box office paved the way for the four young directors and their colleagues in the Taiwanese New Wave. YANG’s first feature film “That Day on the Beach”(海灘的一天) was nominated for Best Film Award in the 1983 Golden Horse Awards and won the Best Film, Best Screenplay, and Best Director Awards in the Film Appreciation Critics Awards. Cahier du cinema call it “…the most important work in the world missed by Cannes this year.” This film is famous for its complicated and innovative narrative structure. He wrote, in collaboration with HOU Hsiao-Hsien(侯孝賢) and CHU Tien-wen,(朱天文) and directed “Taipei Story”(青梅竹馬) in 1985. It won the FIPRESCI Prize at 1985 Locarno International Film Festival in Switzerland. The British film magazine Sight and Sound praised YANG has “the sharpest eyes of a filmmaker since Antonioni.” His next film “The Terrorizers”(恐怖份子) (1986) won many awards in national and international film festivals, including the Grand Jury Prize at 1987 Locarno International Film Festival, Best Director at 1988 Pesaro International Film Festival and Best Film at 1987 British Film Award.. In 1989 Edward YANG founded the independent company Yang & His Gang Filmmakers and made “A Bright Summer Day,” which not only won many awards in national and international film festivals, including Grand Jury Prize at 1991 Tokyo International Film Festival, but also considered by many film critics as ‘Best 10 of 1992’ or ‘Best 100 of All Time.’ YANG’s company expanded its activities to include theater work in 1992, and was renamed Atom Films & Theater. In addition to financing and producing films and theater performances, the company is increasingly involved in hi-tech multi-media experiments and applications. “A Confucian Confusion”(獨立時代) (1994) was invited by Cannes International Film Festival and New York Film Festival. The Daily Variety called it ‘the sharpest film making that could provoke cultural revolution.’ “Mahjong,”(麻將) made in 1996, won the Special Jury Award at 1996 Berlin Film Festival, and Best Director at 3 Continents Festival at Nantes, France. His “A One and A Two”(一一) (2000) won him Best Director Award at 2000 Cannes Film Festival, and was highly praised by film critics all over the world. “A One and A Two” continues YANG’s complicated and multi-layered narrative style to reflect modern metropolitan society in Taiwan. YANG has achieved the highest status in the world as a film director. In 2001 Edward YANG and his new wife established a new company to enter into the realm of internet and animation. Their website (http://www.miluku.com) is a favorite one by youngsters because of its interesting animation works. Edward YANG and HOU Hsiao-Hsien are considered the most important figures in the “New Taiwanese Cinema” movement in the 1980s. Although their film styles are different, however they support each other all the time. In 1985, for example, HOU produced and acted in YANG’s “Taipei Story.” Now, with their directorial achievement and international recognition, they are indeed the legends of “New Taiwan Cinema.”