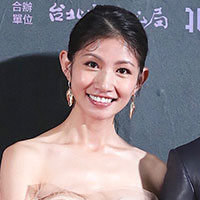 In 2007, Nana Lee participated in the second season of the singing contest, One Million Star, and entered the show business. After that, she became an actress and participated in many TV dramas and gained popularity. Her performance in Juliets was so great and earned her Best New Performer of the 47th Golden Horse Awards. Since then, her acting performances have been affirmed many times and nominated for the TV Golden Bell Awards for many times. At the same time, she has also tried stage performances. She won Best Supporting Actress in a Miniseries or Television Film of the 52nd Golden Bell Awards with The Teenage Psychic and her music album, Girls, was nominated for Album of the Year, Best Taiwanese Album and Best Female Taiwanese Singer of the 30th Golden Melody Awards. Nana Lee became the first competitor out of One Million Star to receive nominations from "Three Golden Awards", which means Golden Horse Awards, Golden Bell Awards and Golden Melody Awards.