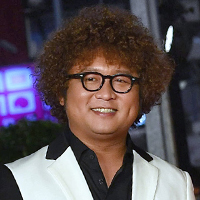 Nadow Lin (birth name: Yu-Chih Lin) is an artist, actor, and host. 33 Small Universe co-hosted by him and Selina Jen and was nominated for Best Host in a Variety Programme of the 48th Golden Bell Awards. He was also nominated for Best Supporting Actor of the 53rd Golden Horse Awards with Godspeed, and won this trophy for Classmates Minus at the 57th Golden Horse Film Festival. He also starred in films such as See You Tomorrow, Ace of Sales and The Great Buddha +, and his performance has received lot of recognition.